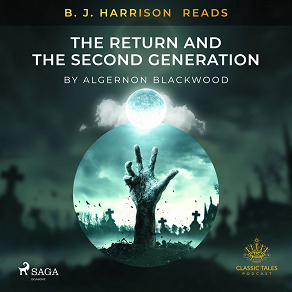 B. J. Harrison Reads The Return and The Second Generation

by Algernon Blackwood
Can people come back from the dead? Can they bring something or someone back from there? If so, can they reach out to people who are still alive?
The Return and The Second Generation are two stories about supernatural occurrences, about people returning from a world, which most of us do not know. Algernon Blackwood sets the readers in a scary and dreadful atmosphere which only the bravest can endure.

Algernon Blackwood was an English author who lived in the period 1869-1951. He left a large literary legacy behind, but he is to be remember mostly for stories about ghosts and supernatural occurrences. His personal life and the many travels he embarked on through the world had a major influence upon his works. He had a life-long interest in spiritualism and the occult, the reason for which can be seen in the fact that his father was a preacher. Blackwood wrote several novels, essays, children’s books, plays as well, but his ghost tales, which create a weird atmosphere are the ones that remain in the reader’s mind.