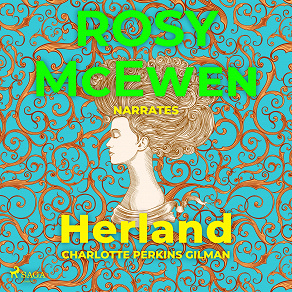 The story follows Vandyck ‘Van’ Jennings and two explorer friends as they venture out into unexplored territory in search of a lost women-only society. When they happen upon the female utopia, they are eventually captured and held within 'Herland'.

What follows is a journey of epic proportions, in a beautiful otherworldly city, vividly brought to life by Gilman’s penmanship. She explores the inherent stereotypes of women that each man holds, before breaking them down one by one. It is a gripping adventure caper, with intriguing world-building, character design and a powerful social commentary.

Written in a time where women didn’t even have the right to vote, this is an arresting story and an absolute must for anybody interested in early feminist works.

Perfect for fans of Angela Carter, Margaret Atwood and the writings of Roxanne Gay.

Feminist icon Charlotte Perkins Gilman, paved the way for women writers such as Alice Walker and Sylvia Plath, with her thought-provoking work. Appreciated as a feminist writer for tackling women's issues of the day, but also as an accomplished horror writer. Her subtle themes and ability to guide the reader through her characters, at times, crumbling psyche, earned the respect of pioneering horror writer H.P. Lovecraft, among others.
Listen to sample
Log in to borrow