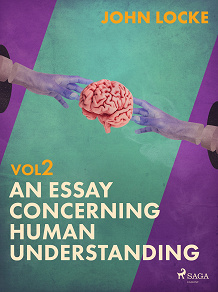 by John Locke
‘An Essay Concerning Human Understanding’ is philosopher John Locke's pioneering examination of the origins of human knowledge and understanding. First published in 1690, it set the agenda for modern philosophy and influenced psychology and political theory.

In ‘An Essay Concerning Human Understanding. Volume Two’ Locke discusses our use of language and its imperfections. He talks of the ‘Abuse of Words’ and laments the creation of words with no distinct meaning.

The book also covers Locke’s ideas on truth, judgement, probability, enthusiasm and reason. His radical theories on the nature of human knowledge and where it comes from went on to change the face of philosophy.

John Locke (1632-1704) was an English philosopher and political theorist, whose work built the foundations of modern liberalism, political theory and economics. Commonly known as the 'Father of Liberalism" he is widely regarded as one of the most influential Enlightenment thinkers.

Locke’s ideas on ‘identity’ and ‘self’ and the notion we are born with a ‘blank slate’, helped shape the work of philosophers such as Kant, Rousseau and Voltaire, while his essays on religious tolerance were an early model for the separation of church and state.

The American Declaration of Independence was influenced by Locke’s political ideas on government, creating the foundation for the freedoms enjoyed by Americans today.