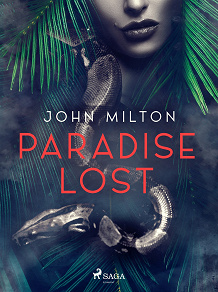 by John Milton
'Better to reign in Hell than to serve in Heaven.'<br>It's the classic temptation - power. And these are the words John Milton puts on the forked tongue of the serpent when it speaks to Adam and Eve.<br>We know how it ends - an apple, nakedness and banishment.<br>But in 'Paradise Lost', Milton turns a few Bible verses into a true epic. In 10,000 lines of beautiful but dark verse, he tells the parallel stories of Satan and of Adam and Eve.<br>With greed, temptation, lust, sex, deception, shame and much more, it is a classic whose themes are as relevant and alluring today as ever before.<br><br>John Milton (1608-1674) was almost 60 when he produced his masterpiece, 'Paradise Lost'.<br>He was an English poet who served as a civil servant under Lord Protector Oliver Cromwell in the 17th century. Before this, he was considered a dangerous radical as he published rebellious pamphlets during the reign of Charles I.<br>A famed republican, his work 'Areopagitica' was a scorching condemnation of pre-publication censorship.<br>The Restoration of Charles II saw Milton marginalised from 1660. He died blind and impoverished.<br>