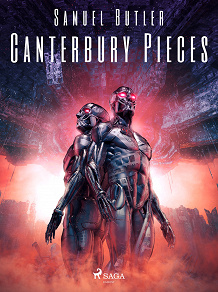 by Samuel Butler
Canterbury Pieces is a classic collection of essays, newspaper articles and letters by the English novelist and critic, Samuel Butler. It includes correspondence between the author and the renowned English naturalist Charles Darwin.

The book also features the essay ‘Darwin among the Machines’ (1863). In it, Samuel’s urges the destruction of all machines as he raises the pioneering idea that they will one day replace humans as the dominant species. This and the later article ‘Lucubratio Ebria’ (1865), became part of his widely acclaimed first novel ‘Erewhon’.
Butler wrote several other novels, including a sequel, ‘Erewhon Revisited’ and the highly acclaimed ‘The Way of all Flesh’, widely regarded as one of the greatest novels of the 20th century.


Samuel Butler (1835-1902) was a revolutionary English novelist and critic. He is best known for the utopian novel ‘Erewhon’ (1872) and the posthumous, semi-autobiographical novel ‘The Way of All Flesh’ (1903). Both of which have remained in print ever since. ‘Erewhon’ is renowned as one of the first books to explore the idea of machine evolution. The English writer Aldous Huxley acknowledged the book's influence on his novel ‘Brave New World’, while George Bernard Shaw deemed Butler ‘the greatest English writer of the latter half of the nineteenth century.’