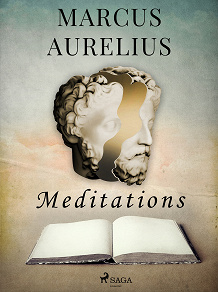 by Marcus Aurelius
Although never intended for publication, ‘Meditations’ has gone on to become one of the most important collections of philosophical thought, of all time.

During his reign as Roman Emperor, devout Stoic, Marcus Aurelius, recorded his feelings and beliefs on what it is to be a well-rounded human being. While Stoicism has its roots in the ‘expect the worst and you won’t be disappointed’ school of thought, Aurelius’ experiences as Emperor also lead him to try and find the best of himself and eschew the opinions of others.

A moving and motivational read for philosophy fans.

Marcus Aurelius (121 – 180) was a Roman Emperor, ruling for almost 20 years. His rule was founded on his beliefs in the philosophy of Stoicism, which espoused the qualities of virtue, wisdom, and resisting temptation. For many, he embodies the Roman Empire at the peak of its powers.