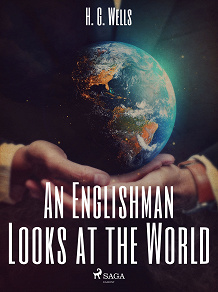 An Englishman Looks at the World

by H. G. Wells
‘An English Man Looks At The World’ represents a twenty six piece collection of essays of varying length from acclaimed British author H.G. Wells. The collection of journalistic pieces written in the years before the First World War represent the authors move away from writing novels to journalism. There are opinion pieces such as the "So-Called Science of Sociology" which argues sociology can never be a science because at its core it is deceitful and overlooks the truly important matter, the uniqueness of individuals. The collection offers personal looks in to Wells’ life, as he recounts his "First Flight", which is perfect reading for any true fans of the sci-fi great.

H.G Wells (1866-1946) is known as ‘The father of Science Fiction’, for the profound impact he has had on the genre. In his time he predicted aircraft, tanks, nuclear weapons space travel and even the world wide web. Forever forward looking, he devoted his talents to a progressive vision on a global scale. He was nominated for the Nobel Prize in literature on four occasions, and as such maintains a central role in the canon of British and world-wide literature. Some of his best work includes the time travel novel ‘The Time Machine’, the sci-fi adventure ‘The Island of Dr. Moreau’ , and ‘The War of the Worlds’, which was adapted in to a film starring Tom Cruise.