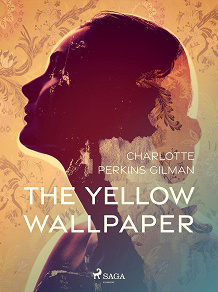 by Charlotte Perkins Gilman
‘The Yellow Wallpaper’, by Charlotte Perkins Gilman, is a short story first published in January 1892. The psychological thriller by the renowned US women’s rights writer and campaigner is an autobiographical-inspired novella based upon her own experience of severe postnatal depression, leading to post-natal psychosis. At the time, women with PND (known in America as postpartum depression) were seen as hysterical and were often dismissed by doctors who overlooked treatment options through lack of understanding of the condition. In Perkins’ short story, written tellingly from the first-person perspective, the nameless female protagonist is forced to sleep in an attic with yellow wallpaper and is driven mad by her enforced imprisonment following the birth of her first child. The book describes in detail how she sees imagined beings and ghostly sightings in the house. Disturbing in its nature yet utterly realistic to the heroine, the protagonist offers a diary-style narrative detailing her experience as a new mother suffering with severe mental illness:
"I don’t know why I should write this.
I don’t want to.
I don’t feel able.
And I know John would think it absurd. But I must say what I feel and think in some way—it is such a relief!
But the effort is getting to be greater than the relief."

Evoking gothic themes of Charlotte Bronte’s 'Jane Eyre', in both Jane Eyre’s own tortuous and notorious Red Room and Bertha Mason's confinement in her loft prison, the book was made into a film in 2011 – directed by Logan Thomas and starring Aric Cushing and Juliet Landau.

Charlotte Perkins Gilman, also known as Charlotte Perkins Stetson, was born on 3rd July 1860 in Connecticut, USA. Her early family life was troubled, with her father abandoning his wife and family; a move which strongly influenced her feminist political leanings and advocator of women’s rights. After jobs as a tutor and painter, Perkins – a self- declared humanist and ‘tom boy’ – began to work as a writer of short stories, novels, non-fiction pieces and poetry. Her best known work is her semi-autobiographical short story, inspired by her post-natal depression, entitled ‘The Yellow Wallpaper’ which was published in 1892 and made into a film in 2011. A member of the American National Women's Hall of Fame, Charlotte Perkins Gilman was a strong believer that "the domestic environment oppressed women through the patriarchal beliefs upheld by society". A believer in euthanasia, she was diagnosed with incurable breast cancer in January 1932 and chose to take her own life in August 1935, writing in her suicide note that she 'chose chloroform over cancer'.