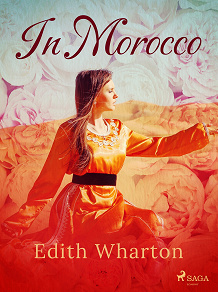 by Edith Wharton
While she might be better known for taking aim at American high society, Wharton was also a prolific travel writer. ‘In Morocco’ chronicles her visit to North Africa, at the tail-end of the First World War. Written at a time when the country was relatively unexplored, her writing perfectly captures the Moroccan architecture, towns, deserts, culture, tradition, and people. A fascinating read for anyone who enjoys other travel writers like Michael Palin and for those who want to explore Morocco before the advent of international tourism.

Edith Wharton (1862 – 1937) was an American designer and novelist. Born in an era when the highest ambition a woman could aspire to was a good marriage, Wharton went on to become one of America’s most celebrated authors. During her career, she wrote over 40 books, using her wealthy upbringing to bring authenticity and detail to stories about the upper classes. She moved to France in 1923, where she continued to write until her death.