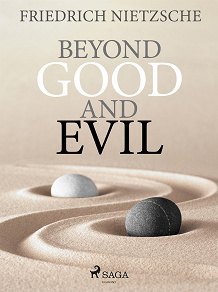 Beyond Good and Evil

by Friedrich Nietzsche
‘Beyond Good and Evil’ is an exploration of the concepts of God, truth, good, and evil. It is also a searing criticism of many of the beliefs of early philosophers when considering the nature of morality. Nietzsche presents the reader with a number of challenging ideas, questioning whether it is better to be kind than cruel and whether being fair, rather than selfish, is logically sound. A fascinating read from the pen of one of the world’s greatest thinkers.

Friedrich Nietzsche (1844 – 1900) is one of the most important figures in the world of philosophy. Much of his work focusses on uncovering the motives behind philosophy, morality, and Western religious beliefs. In proposing the idea that "God is dead," Nietzsche set the template that many celebrated intellectuals would follow. Many of his books and theories have directly inspired a number of films, including ‘Devil’s Advocate’ (starring Al Pacino), ‘Groundhog Day’ (starring Bill Murray), and ‘Fight Club’ (starring Brad Pitt).