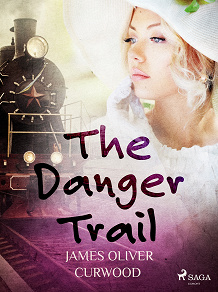 by James Oliver Curwood
Ambitious, hardworking John Howland is a successful Chicago engineer and has been sent to oversee the completion of the Hudson Bay railroad, following the mysterious disappearances of the previous two engineers. When he arrives in remote Saskatchewan, he encounters a beautiful young woman who repeatedly warns him to stay away from the project. Enraptured by her beauty, Howland struggles to heed her warnings and finds himself trapped in a deadly situation. An action-packed adventure story from the famous adventure author James Oliver Curwood.

James Oliver Curwood (1878-1927) was an American author and conservationist. A writer predominantly of adventure stories, his imaginative tales were the source of much inspiration for Hollywood and over 150 movies have been produced based on his works. Born in Michigan, Curwood began his writing career as a reporter before being hired by the Canadian government to write travel accounts to promote tourism to the area. His Canadian travels provided the setting for many of his adventure stories, and he often used animals as the main characters in his tales. One of the highest paid authors in the world at the time of his death, some of Curwood’s best-loved novels include ‘The River’s End’, ‘The Wolf Hunters’ and ‘The Danger Trail’.