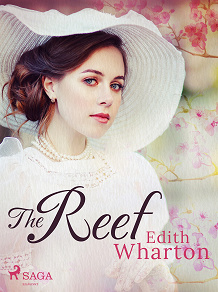 by Edith Wharton
Wharton’s fifth novel, ‘The Reef’ is widely thought to be partly autobiographical. When American diplomat, George Darrow, bumps into aspiring actress, Sophy Viner, the relationship he has with his former love, Anna Leath, is challenged. Through this tale, Wharton explores the human condition, examining how those from different classes interact, whether it is better to tell the truth and harm or lie and protect, the nature of trust, and the nature of forgiveness. Written with Wharton’s trademark sensitivity, this book is ideal for those who like their romance served up in a compelling and realistic way.

Edith Wharton (1862 – 1937) was an American designer and novelist. Born in an era when the highest ambition a woman could aspire to was a good marriage, Wharton went on to become one of America’s most celebrated authors. During her career, she wrote over 40 books, using her wealthy upbringing to bring authenticity and detail to stories about the upper classes. She moved to France in 1923, where she continued to write until her death.