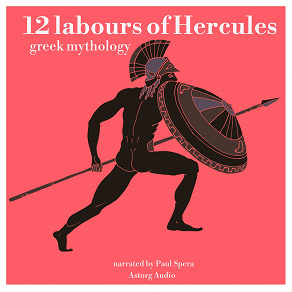 12 Labours of Hercules, a Greek Myth

by James Gardner
The Twelve Labours of Hercules are a series of feats ordered by the gods carried out by Heracles, the greatest of the Greek heroes, whose name was later Romanised as Hercules. The legend was first written whole, as a fixed cycle of twelve labours, in an epic Greek poem now lost, in about 600BC; as they survive in the original source, the labours are not all recounted in a single place, but must be reassembled from many sources. This short story is a retelling of Hercules' legend with an elegant style that will edify children and adults alike: why Hercules came to be ordered these twelve tasks by the gods and the treachery surrounding them, what seemingly impossible trials he had to go through and the clever solutions he found each time.