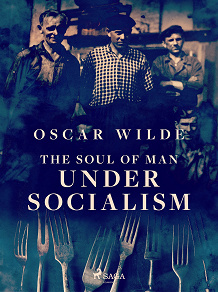 The Soul of Man Under Socialism

by Oscar Wilde
‘The Soul of Man Under Socialism’ is an incisive essay on the nature of art, politics, freedom, and the individual. Insightful and sometimes satirical, it dissects the conventions of socialism, run as an authoritarian system. Wilde also goes on to discuss the role of the artist under capitalism and relationship between the needs of the public and art itself.
This essay also explores the idea of art as the central pillar to revolution. Divisive at its time of publication, ‘The Soul of Man Under Socialism’ is a fascinating read for those with an interest in art, politics, philosophy, and the great man himself.


Oscar Wilde (1854 – 1900) was an Irish novelist, poet, playwright, and wit. He was an advocate of the Aesthetic movement, which extolled the virtues of art for the sake of art. During his career, Wilde wrote nine plays, including ‘The Importance of Being Earnest,’ ‘Lady Windermere’s Fan,’ and ‘A Woman of No Importance,’ many of which are still performed today. His only novel, ‘The Picture of Dorian Gray’ was adapted for the silver screen, in the film, ‘Dorian Gray,’ starring Ben Barnes and Colin Firth. In addition, Wilde wrote 43 poems, and seven essays. His life was the subject of a film, starring Stephen Fry.