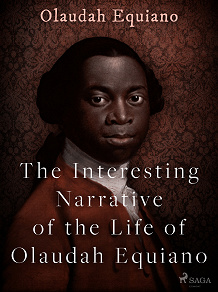 The Interesting Narrative of the Life of Olaudah Equiano

by Olaudah Equiano
Sometimes true life spins more shocking stories than the minds of writers. That is the case with 'The Interesting Narrative of the Life of Olaudah Equiano'.

It is also one of the most important books of its time, the late 18th century. For its publication told the truth about the trans-Atlantic slave trade, and sowed the seeds for the abolition movement that eventually stopped it.

The scandal of slavery that Equiano helped get into the public's consciousness has been featured in a host of films, including '12 Years a Slave', directed by Steve McQueen and based on a novel by Solomon Northup.

Olaudah Equiano (1745-1797) was known throughout most of his life as Gustavus Vassa. He was born in Benin, where he and his sister were kidnapped and sold to slave traders.

They were separated and Equiano endured the horrors of transportation to the Caribbean, was sold to three slave owners and witnessed the very worst of the truly shameful trade. After buying his freedom, he lived in London and supported the British abolitionist movement.

His autobiography, 'The Interesting Narrative of the Life of Olaudah Equiano', went through nine editions and helped the abolitionist movement gain the momentum that saw the British Slave Trade Act passed in 1807.