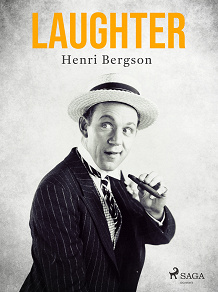 by Henri Bergson
‘Laughter’ is a collection of three essays by French philosopher and Nobel Prize for Literature winner, Henri Bergson. In this interesting piece of philosophy that will be enjoyed by those studying stand-up comedy, Bergson explores laughter, the meaning of the comic, and how laughter is caused by a comic to determine categories and laws of comedy.

Henri Bergson was a French philosopher, born in 1859, who criticised his contemporary Kant, and debated Albert Einstein. In 1927, Bergson won the Nobel Prize in Literature 'in recognition of his rich and vitalizing ideas and the brilliant skill with which they have been presented".