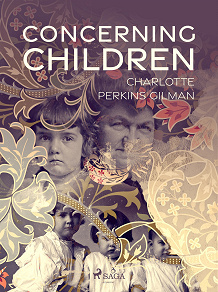 Reminiscent of Supernanny Jo Frost and Dr. Spock, Charlotte Perkins Gilman offers a surprisingly modern take on child-rearing in this influential parenting handbook, which still resonates with feminist readers today. Gilman echoes the old African proverb 'It takes a village to raise a child', and considers this in the context of a patriarchal US society.

From discussions of building resilience in children to gender and obedience, Gilman manages to encompass politics, economic, and societal arguments as well as gender, sexism, and new motherhood all in one fascinating book which aims to improve the community at large.

´Concerning Children´ will delight fans of Gilman's other works such as ‘The Home, Its Work and Influence’.

Charlotte Perkins Gilman, also known as Charlotte Perkins Stetson, was born on 3rd July 1860 in Connecticut, USA. Her early family life was troubled, with her father abandoning his wife and family; a move which strongly influenced her feminist political leanings and advocator of women’s rights.

After working as a tutor and painter, Perkins – a self-declared humanist and ‘tom boy’ – began to work as a writer of short stories, novels, non-fiction pieces and poetry. Her best-known work is her semi-autobiographical short story, inspired by her post-natal depression, entitled ‘The Yellow Wallpaper’, which was published in 1892 and made into a film in 2011.

Charlotte Perkins Gilman was a member of the American National Women's Hall of Fame and strongly believed that "the domestic environment oppressed women through the patriarchal beliefs upheld by society". A believer in euthanasia, she was diagnosed with incurable breast cancer in January 1932 and subsequently took her own life in August 1935, writing in her suicide note that she 'chose chloroform over cancer'.