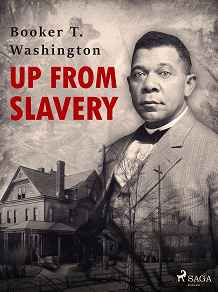 Washington overcame many obstacles to get an education and throughout his autobiography, he gratefully reflects on the help of his teachers and philanthropists who helped educate Black and Native Americans.

The autobiography was a best seller; much to do with its honest and historically significant depiction of the struggles that Washington faced.

Booker T. Washington was born into slavery in Virginia in 1856. He is regarded as one of the foremost African American leaders of the late 19th century, and founded the Tuskegee Normal and Industrial Institute in 1881.

He became a teacher after the Civil War, and was also a political adviser and writer.
Washington's mother, Jane, worked as a cook for a plantation owner and his father was an unknown white man, most likely from a nearby plantation.

From a young age, Washington worked carrying sacks of grain to the plantations mill. Despite the sacks weighing around 100-pounds and being too heavy for a young boy, he was often beaten for not working to a high enough standard.

After the Civil War, Washington and his mother moved to West Virginia, where she married a freedman. The family was very poor, and nine-year-old Washington went to work in the nearby salt furnaces instead of going to school. He then worked as a houseboy for the wife of a local coal mine owner. She recognised his desire for education and allowed him to go to school for an hour a day during the winter months.