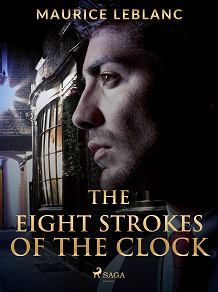 The Eight Strokes of the Clock

by Maurice Leblanc
‘The Eight Strokes of the Clock’ (1923) is a collection of short stories featuring the gentleman thief turned detective, Arsène Lupin.

When a series of women are murdered in Paris, there’s only one person who can find the killer. Arsène Lupin must battle a murderer who wants him dead and a police force that wants him behind bars.

‘The Eight Strokes of the Clock’ is perfect for fans of detective fiction and Sherlock Holmes.

LeBlanc famously pitted his own creation, Lupin, against Sherlock Holmes in his story ‘Arsène Lupin Versus Holmlock Shears’, changing the name of the British detective after complaints from Doyle himself.