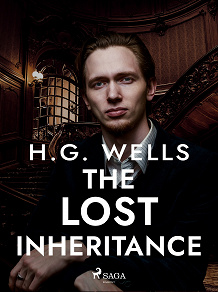 by H. G. Wells
From the author of the science fiction classic, 'The War of the Worlds', H.G. Wells' 'The Lost Inheritance' is a supernatural, suspense novella. In this short story, a young man's sole purpose in life is to persuade his rich and eccentric uncle to leave him his vast fortune. Although, when the elderly man finally passes, there is no will to be found...

H.G. Wells (1866 – 1946) was a prolific writer and the author of more than 50 novels. In addition, he wrote more than 60 short stories, alongside various scientific papers. Many of his most famous works have been adapted for film and television, including ‘The Time Machine,’ starring Guy Pearce, ‘War of the Worlds,’ starring Tom Cruise, and ‘The Invisible Man,’ starring Elizabeth Moss. Because of his various works exploring futuristic themes, Wells is regarded as one of the ‘Fathers of Science Fiction.’