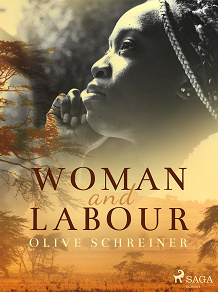 by Olive Schreiner
‘Woman and Labour’ (1911) was written by South African writer and intellectual, Olive Schreiner, best known for her novels ‘From Man to Man or Perhaps Only’ (1926) and ‘Undine’ (1929).

This collection of letters represents Schreiner’s call for changes to the gender inequalities of early 20th-century labour practices. In it, she explains how women’s domestic labour destroys their intellectual life and the importance of a woman having full economic independence from men.

The collection includes letters written while Schreiner lived in England as well as on her return to South Africa, and it is regarded as a feminist classic.

Fans of Schreiner's novel ‘The Story of an African Farm’ (1883) or people interested in feminism, will be delighted by this collection.

Olive Schreiner (1855 –1920) was a South African author, anti-war campaigner, intellectual and feminist, best known for her highly acclaimed novel ‘The Story of an African Farm’ (1883).

An advocate for Afrikaners and other minority South African groups, Schreiner’s work reflected her interest in socialism, pacifism, feminism and other issues.

Her posthumously published novel ‘From Man to Man or Perhaps Only’ (1926) was said to be her favourite. It dealt with the life of white women in South Africa and their confinement to domestic life. The novel also covers the racism and sexism the author grew up with on the colonial frontier.