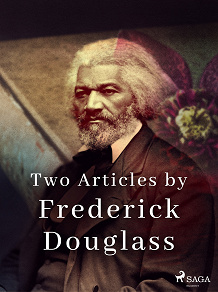 The first essay, ‘My Escape from Slavery’, details his daring bid for freedom from a plantation as well as his experiences on reaching New York.

The second, ‘Reconstruction’, is an open letter to the white readers of the ‘Atlantic Monthly’ magazine, highlighting the importance of extending the vote to African Americans and the need for equal rights.

The two essays are startling pieces of writing, with both documenting the struggles faced by African Americans at the time. ´Two Articles´ will delight any person already familiar with Douglass' body of work.

Frederick Douglass (1818-1995) was an American abolitionist and author. Born into slavery in Maryland, he was of African, European, and Native American descent. He was separated from his mother at a young age and lived with his grandmother until he was moved to another plantation.

Frederick was taught his alphabet by the wife of one of his owners, a knowledge he passed on to other slaves. In 1838, he successfully escaped slavery by jumping on a north-bound train. After less than 24 hours, he was in New York and free.

The same year, he married the woman that had inspired his run for freedom and started working actively as a social reformer, orator, statesman, and women’s rights defender.

He remains most known today for his 1845 autobiography "Narrative of the Life of Frederick Douglass, an American Slave."