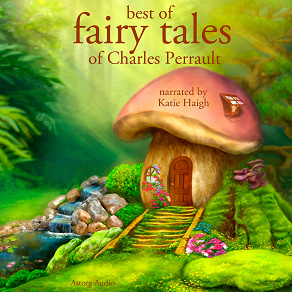 by Charles Perrault
From evil stepsisters and big bad wolves to anthropomorphic cats and murderous noblemen, this collection offers a selection of the best fairy tales by the iconic french author Charles Perrault.

Relive some of your favourite fairy tales with this timeless collection that will delight fans of H.C. Andersen and the Brothers Grimm.

Charles Perrault (1628-1703) was a famous and influential French author and one of the most well-known authors of fairy tales. Perrault is often credited as one of the early adopters of the literary genre, even setting the stage for authors such as the Brothers Grimm a century later.

Famous fairy tales written by Charles Perrault include ´Cinderella´, ´The Little Red Riding Hood´, ´Bluebeard´, ´Puss in Boots´, and ´The Sleeping Beauty´. Igniting the imagination of children from all over the world, Perrault's tales continue to entertain people today.
Listen to sample
Log in to borrow